The Democratic Establishment vs. Bernie Sanders — In the refreshingly well-executed New Hampshire Democratic Primary, Bernie Sanders won 25.7% of the vote over Pete Buttigieg’s 24.4%. Amy Klobuchar’s 19.8% was close behind, unlike Elizabeth Warren’s 9.3%. Joe Biden’s departure from New Hampshire had redirected a flood of support to Buttigieg and Klobuchar. Anti-Bernie voters all split among three conservative-lite candidates, while Sanders’ vast donor base carried him forward. Like his rivals, Sanders faces a challenge in the upcoming South Carolina Primary. Mainstream critics tend to say he lacks support of Black voters, erasing the Black organizers and activists of color who helped build his 2020 campaign.

If Biden, Buttigieg, and Klobuchar collapse, the Democratic establishment may throw its nomination to Bloomberg, lest Trump call Bernie a “socialist.” Truthout observes that Trump will insult whoever wins with far worse, and that 2016 abstainers, young first-time voters, and those “Voting Blue No Matter Who” may prove a winning coalition for Sanders. 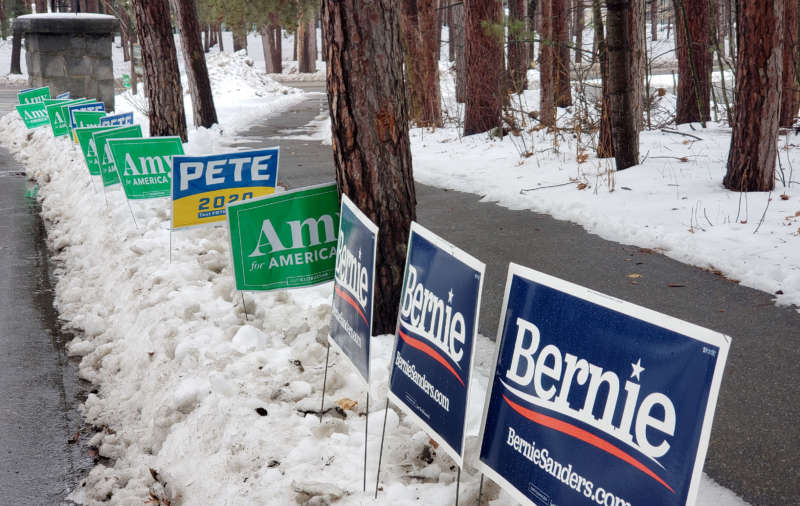 The Primaries Are Protecting Trump — Since his acquittal proving Senate Republicans’ full protection, President Trump has been bucking the rule of law to punish enemies and protect friends, reports The Nation. Since Trump has Republican protection, Democrats alone must uphold the rule of law, but until the primaries end, they’re without someone to lead a crystalized anti-Trump movement. Mass protests would show Republican lawmakers the consequences of protecting Trump’s unlawfulness. Such protests could energize the mass mobilization needed to beat Trump in the November ballot. But for anti-corruption protests, the primaries need to produce a Democratic candidate to amplify the movement’s voice. Bernie Sanders holds the lead after the first two primaries, but months more of primaries and uphill battling are to come. 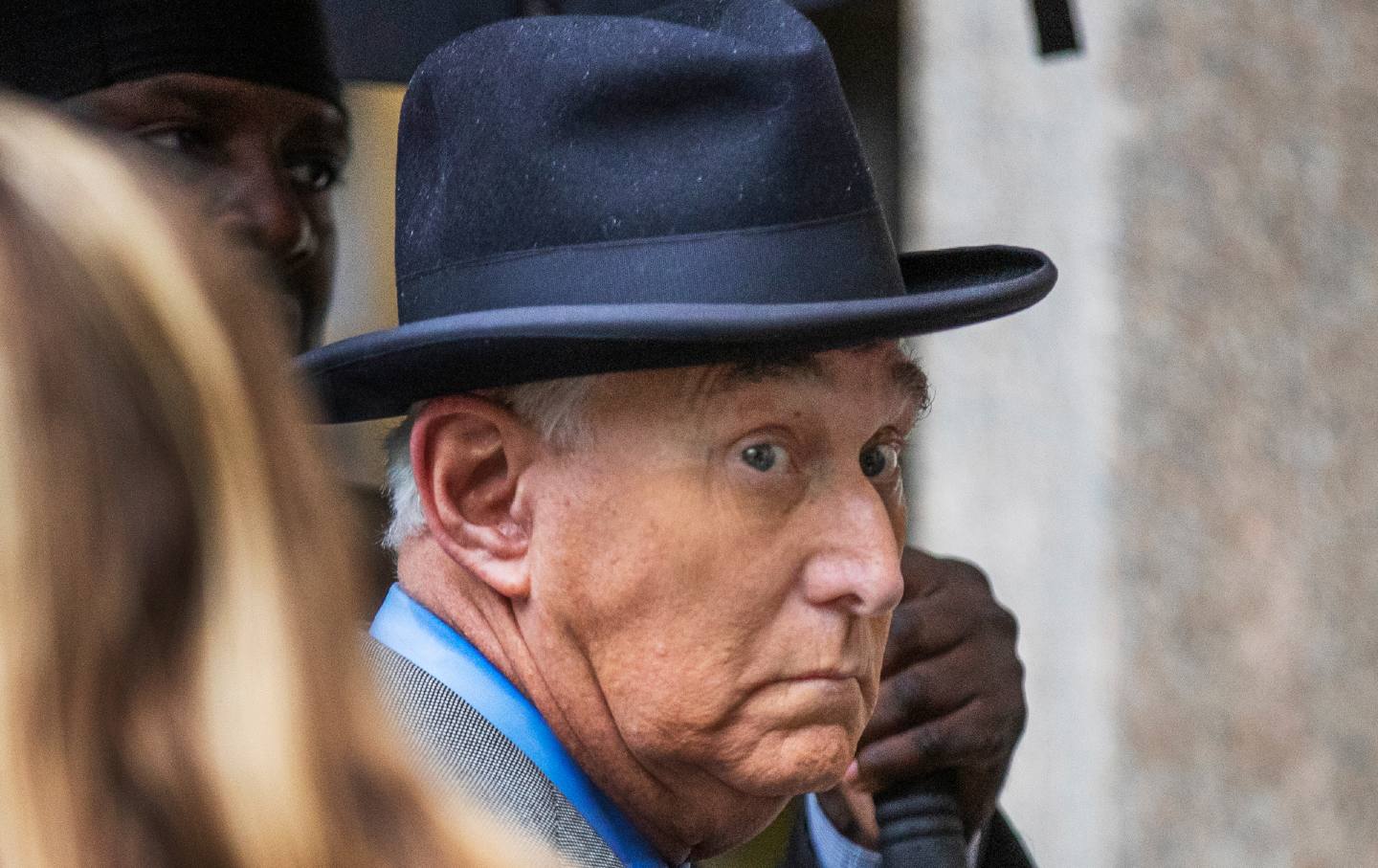 Bloomberg Fought Protection Against Predatory Lenders — Former New York City Mayor Mike Bloomberg opposed 2002 legislation aimed at curbing the growth of banks’ predatory lending practices, notes The Indypendent. After a 44–5 New York City Council vote in favor of the bill, known as Local Law 36, Bloomberg vetoed it. The city bill expanded the range of predatory practices to include excessive points and fees, required home loan counseling, and eliminated prepayment penalties. The Council overturned Bloomberg’s veto, but then he had the less-strict state law overrule it in court. City Comptroller Bill Thompson said Bloomberg did this to avoid damage to companies and maintain subprime lending—the key catalyst of the 2008 Great Recession, which saw black families lose over one-third of their wealth. 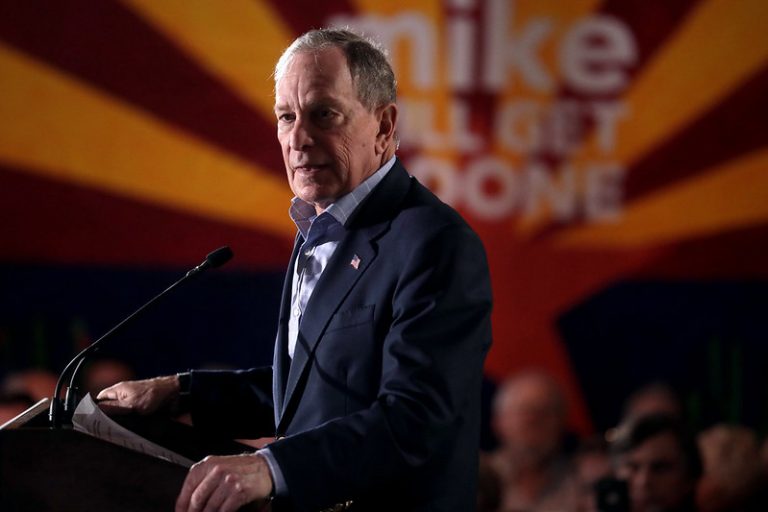 Did Amy Klobuchar Condemn an Innocent Teenager to Life in Prison? — After a surprising third-place finish in the New Hampshire Primary, Senator Amy Klobuchar aims to gain ground in national polls. But Klobuchar is also facing scrutiny over her record as district attorney of Hennepin County, Minnesota. The Associated Press investigated the case of Myon Burrell, an African-American teenager who was sentenced to life in prison over the 2002 murder of 11-year-old Tyesha Edwards. Klobuchar led the case against Burrell, which she may have mishandled and now states merits review. Prosecutors had no DNA or fingerprints tying Burrell to the murder and some jailhouse informants on whom they relied have recanted testimonies. The Minneapolis NAACP, Black Lives Matter Twin Cities, and other racial justice groups recently called on Klobuchar to suspend her campaign, reports Democracy Now!. 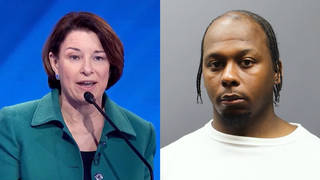 Key Questions About the Ongoing U.S. War — Tom Engelhardt of TomDispatch asks who’s asking about the 18-plus years of fruitless U.S. conflict branded “the war on terror.” Surely if another global power waged failing wars, wasting trillions of taxpayer dollars without foreseeable resolution, more Americans would ask louder, as they did in protests preceding 2001’s invasion of Iraq. Engelhardt asks why the U.S. can’t ever stop war preparations; how the military-industrial complex continues to turn war failures into domestic profit; and why the reality of these wars never seems to sink in at home, despite ho-hum corporate media coverage. 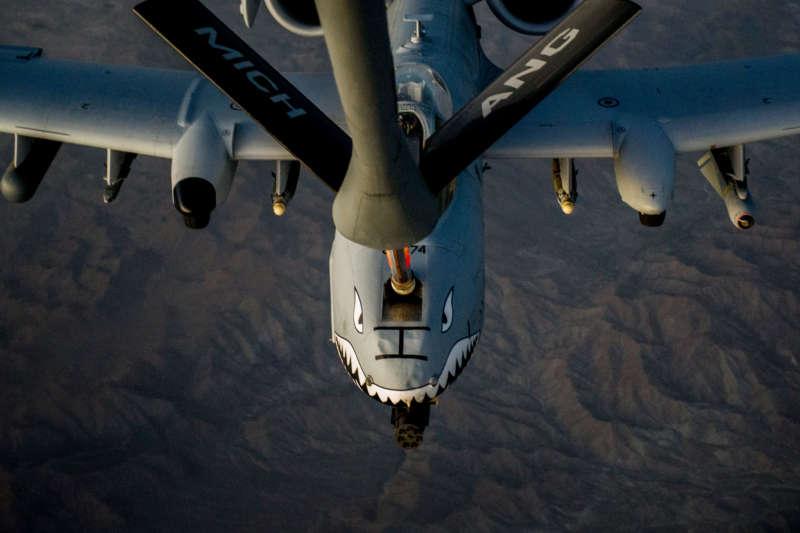 Is the U.S. the No. 1 Sponsor of Terrorism? — Corporate media coverage of President Trump’s assassination of Iranian Gen. Qassem Suleimani asserted that the general was a terrorist who took hundreds of American lives. This ignores the distinction between terrorism and armed resistance, and outlets like the New York Times, LA Times, and Wall Street Journal offered no moral examination. FAIR reports corporate media have for years uncritically parroted the U.S. state department’s claim that Iran is the “world’s leading state sponsor of terrorism,” but they avoid defining terrorism—instead, by emphasizing the identity of perpetrators and means used to carry out violence, rather than the targets and political motives of violence, corporate media dodge the hypocrisy of the U.S.’s “war on terror.” But the U.S.’s history of funding and selling weapons to terrorist groups far outweighs Iran’s. 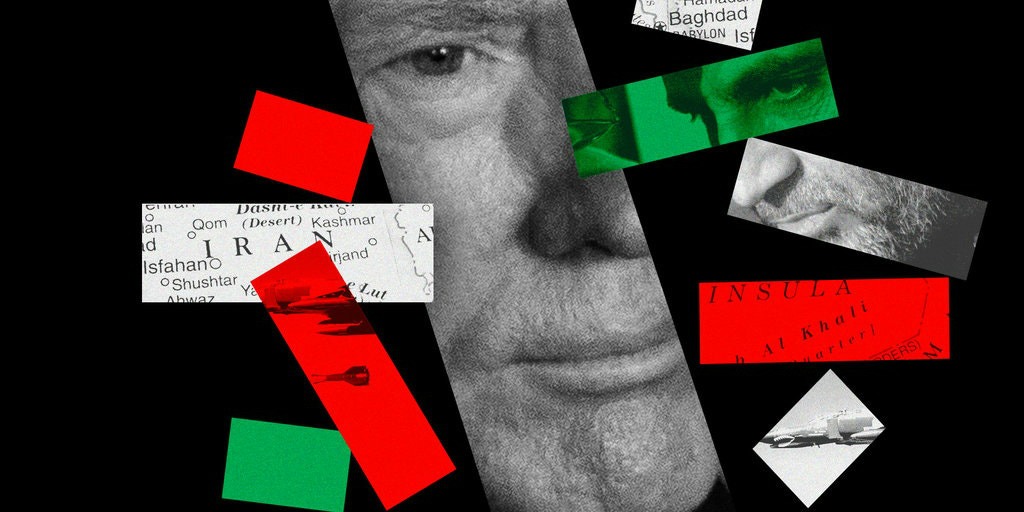 Trump Blasting Burial Grounds to Build Wall — For the latest step in constructing President Trump’s 30-foot border wall along 63 miles of the Arizona-Mexico border, contractors hired by Customs and Border Patrol began blasting ground last week in areas of Organ Pipe Cactus National Monument. Mother Jones reports this site contains burial grounds culturally significant to the O’odham people, who have lived along the U.S.-Mexico border since before the division existed. Ted Norris Jr., chairman of the Tohono O’odham Nation, denounced the project, noting projected damage to cultural sites, the environment, and wasted taxpayer dollars on an ineffective border security plan. Though Customs and Border Protection says it will have an environmental monitor present during construction, Norris says federal agencies have not consulted with the Tohono O’odham Nation. 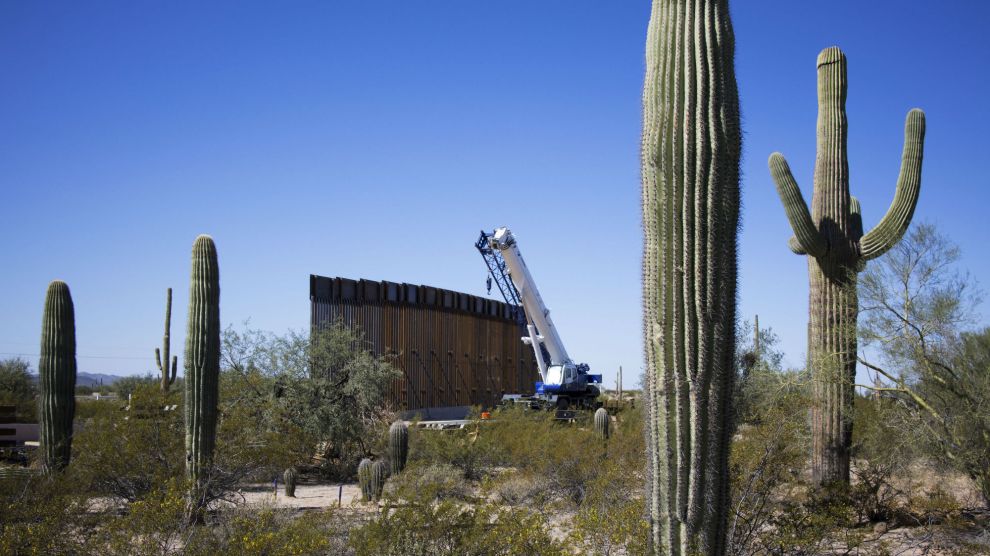 Trump May Grant Permit to Strip Mine Protected Land — Though U.S. demand for coal is declining, the Trump administration is considering a permit to allow strip mining on protected ridgelines in Tennessee’s Cumberland Plateau. The state had this terrain designated unsuitable for surface coal mining by the Obama administration in 2016. Senior Assistant Attorney General Elizabeth McCarter opposed the permit in an October letter to the Trump administration. Triple H Coal of Jacksboro, Tennessee, has been trying to get permission to mine about 400 acres in the area since 2012, saying environmental impacts in the plans are minimal. InsideClimate News covers the bipartisan support for protection and the environmental damage entailed by the permit. 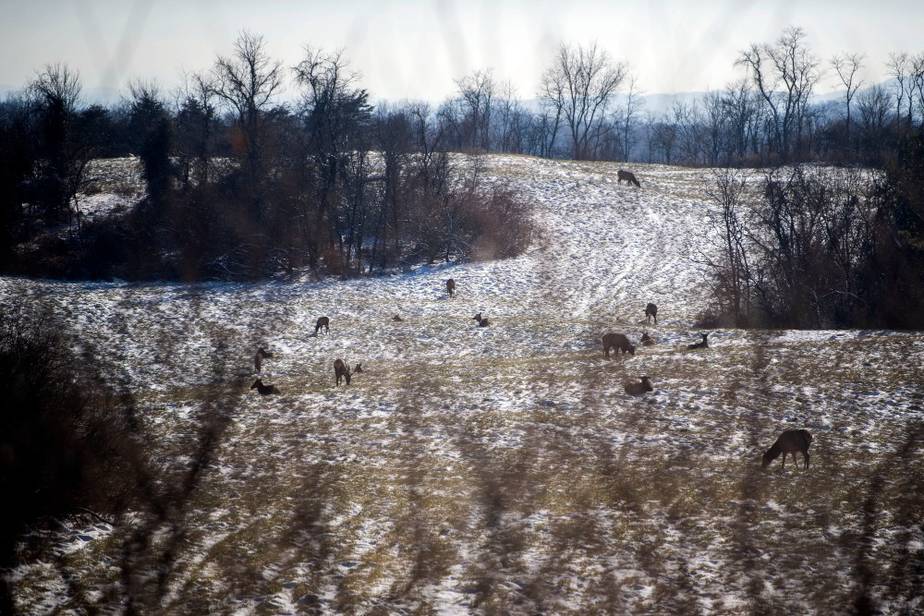 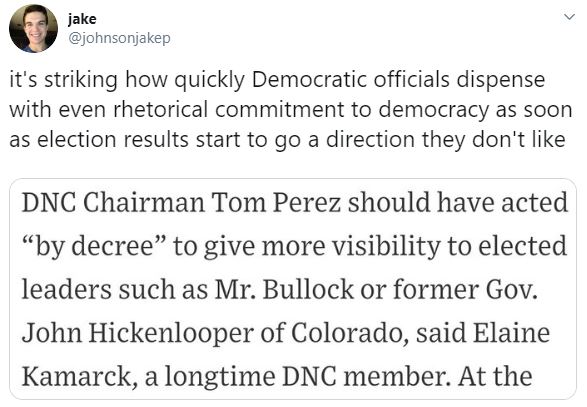 California’s Expensive and Toxic Old Oil Wells — Thousands of unplugged and idle oils and gas wells dot California. Fossil fuel companies are abandoning these wells without setting aside nearly enough money to clean and ensure their safety for future generations—instead leaving taxpayers with a multibillion-dollar cleanup bill, according to the Center for Public Integrity. Fossil fuel companies are required to post funds, called bonds, to ensure proper cleanup—a policy enacted in response to U.S. oil industry’s history, wherein thousands of companies went out of business without banking enough for cleanup. Without remediation, the 35,000 idle wells—of which, half have had production suspended for over a decade—can contaminate water supplies and waft fumes into homes. Such is the current condition of Arvin, California. 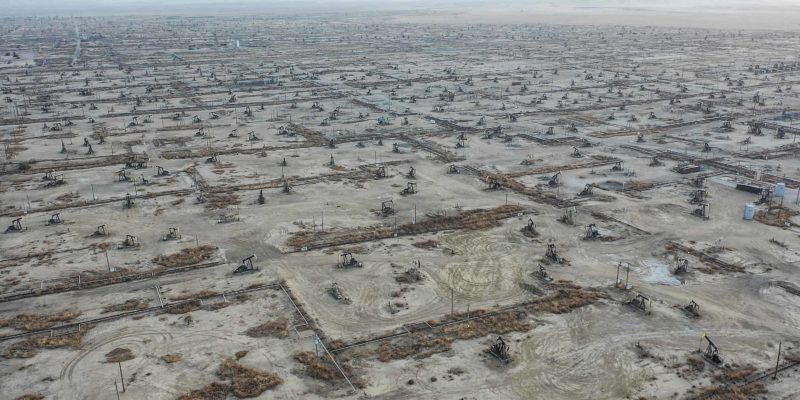 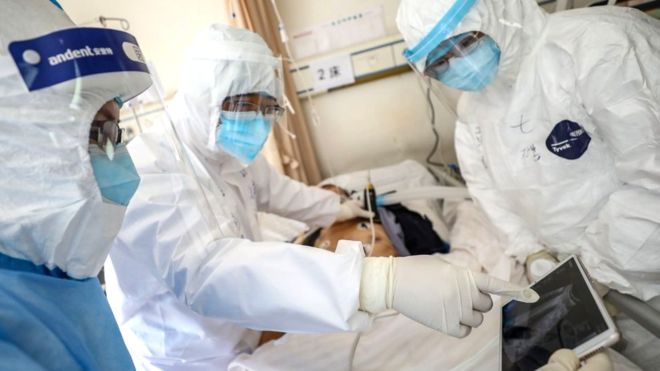