From Parliament to loneliness Before the 2016 elections in the US, there was the vote by Britain that was decided that they would leave the European Union. Three years and several prime ministers later, that has still not happened, and the recent election of Boris Johnson to prime minister has shifted the country closer to actually leaving the EU. But, as The Nationreports, the way Johnson is trying to accomplish Brexit is through undemocratic tactics that shouldn’t be seen as embodying the will of the people.

There are some in the US that see conspiracies abound, that the government is controlled by a cabal of shadowy figures trying to undermine society, and that the world is helpless to stop the transition into a new world order. In Turkey however, that kind of conspiracy has had official backing for decades, as the Middle East Eyereports, in the form of an organization called Ergenekon, that the government has been using to silence dissidents and jail opposition leaders.

Across the country, as more people becomes disillusioned with politics and those on the right continue to grow in power, it’s worth noting the groups that have sprung up to try and fight back. One such group is the Working Families Party and, as The Intercept reports, they have been growing in strength for years now as they try and prop up progressive candidates across the country through more local elections rather than larger national and statewide campaigns.

Trade is something that has always been a complicated issue, with many moving parts, that have been pulled in a multitude of different directions by different administrations over the years. But Trumps recent trade wars with China have moved trade in another direction entirely and, as FAIR reports, that direction is not something media outlets have done a good job at properly interrogating.

Over the years, the threat of nuclear annihilation has become less and less of an issue as the main source of where destruction has come from, the US and Soviet Union, have scaled back their weapons programs and signed treaties to limit their proliferation. In recent years however,  as Truthdig reports, that threat has become an issue once more, as Russia and the US have both been reneging on treaties and not working to scale back their nuclear arsenals. The threat posed by immigrants is often hyped up by those on the right, as the death that occurs when immigrants try entering countries across the world continues to climb. The recent deaths of around 40 people off the coast of Libya trying to reach Europe shows, as Democracy Now! reports, how steep the cost can be for people trying to reach a better life, despite the demonization they receive by politicians. 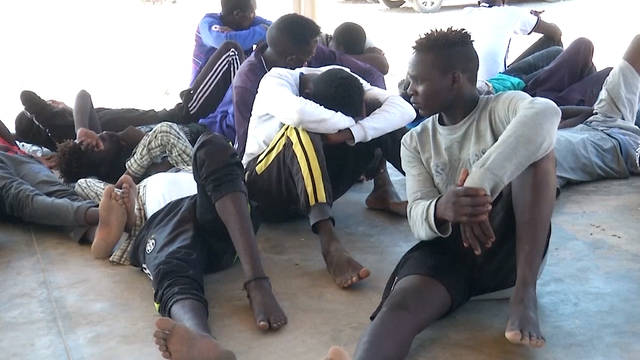 As the US continues its crusade through war after war, it’s easy to forget the threat of the “Military Industrial Complex” that Eisenhower warned about over fifty years ago. As CouterPunch reports, there has been a concentrated effort to keep that system going, and to keep the list of enemies that the US is fighting a never-ending and ever-expanding one, so that the military contracts never end.

Often, when people hear that an organization is a humans rights group, they think that that group is trying to make things better for the place they’re in. But, as The Grayzone reports, that is not the case in Nicaragua, as several humans rights groups funded by people in the US, have been shown to have made up death counts to try and overthrow their government.

There are many issues that plague society, from disease, to poverty, to drugs, to crime. But for the issue that The Ghion Journal tries to unpack, loneliness, the attempts to try and cure this disease have come in the form of marketed drugs and other business opportunities that don’t quite address the root causes of what makes society a more lonely place.