Park Center for Independent Media Events — March 19, Modern Day Threats to Journalists: PCIM is hosting the Freedom of the Press Foundation at 7:00 p.m. on Thursday, March 19. Parker Higgins, Director of Special Projects, will discuss how the non-profit organization protects, defends, and empowers public-interest journalism in the 21st century. 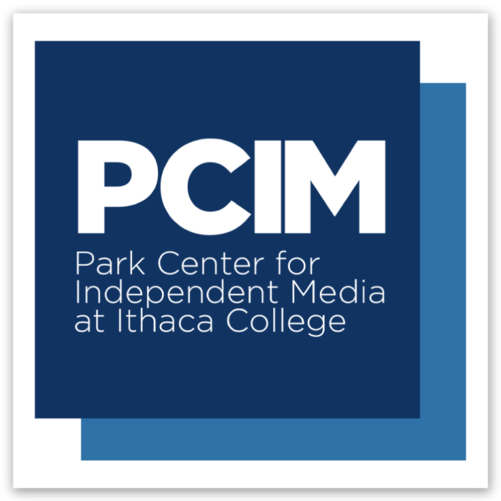 Cleaning Up Trump’s Global Mess — Foreign policy will probably not decide the November 2020 election. But if Trump loses, Democrats will have a substantial international mess to clean. While all candidates would repair some foreign policy damage after Trump, more action is needed than a return to Obama-era drone attacks and failed North Korea negotiations. Ending Trump’s racist immigration policies, removing his fingers from nuclear and military buttons, and restoring predictability to U.S.-ally relations would all comprise substantial mending, but Fair Observer examines which candidates—on a scale from Bloomberg to Sanders—would push policy furthest beyond these minimums.

Progressives Must Address White Supremacy — To succeed in the Democratic primaries, progressive candidates must target white nationalism and racial resentment. Despite Bernie Sanders’ current lead and Elizabeth Warren’s strong performance in the Nevada debate, they’ll have to address these issues at the root of President Trump’s power and capitalism’s structural inequality. Nearly half of Democratic voters are people of color, and a 2016 drop-off in African American voter turnout contributed to Hillary Clinton’s defeat. Since then, Trump has continued tapping deep wells of racial resentment: branding Mexicans rapists, banning Muslim immigration, and starting xenophobic chants. “The engine driving the Trump machine is white supremacy,” says The Nation. 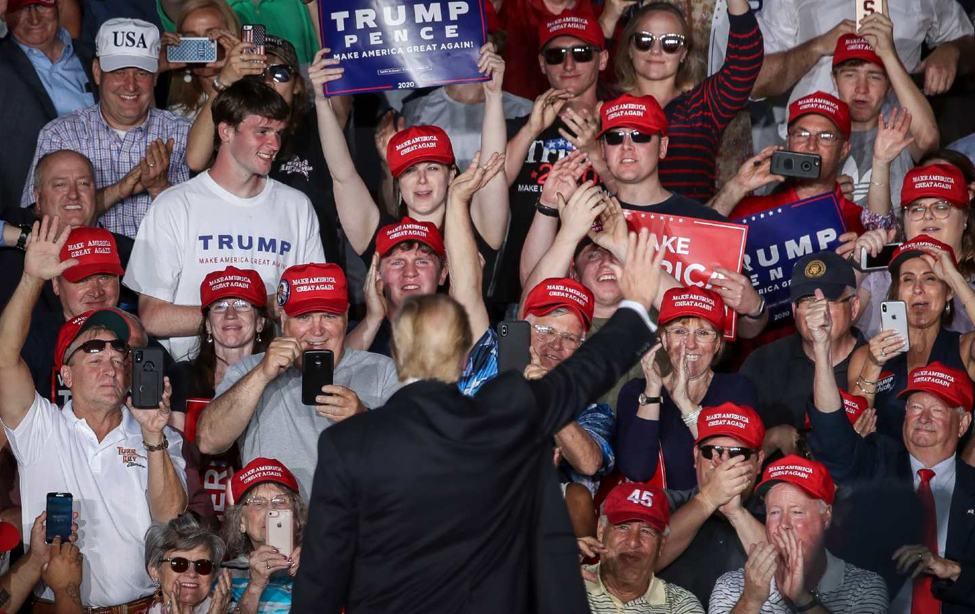 Centrists Posture Between Bloomberg and Sanders — Former New York City Mayor Mike Bloomberg suffered a loss in Wednesday’s Nevada Democratic debate. Truthout reports that after buying a spot other candidates had to earn, he presented accurately as an unapologetic billionaire, serial harasser, and proponent of racist politics. Meanwhile, Bernie Sanders has distinguished himself by substantially challenging policy, drawing hard lines on campaign finance, and exposing corporate media and party elites’ antipathy for reform. Because of Bloomberg’s involvement, Buttigieg, Klobuchar, Biden, and Warren can now position themselves between two extremes for an appealing reframing. MSNBC moderators, by frequently referencing Sanders or Bloomberg, guided the candidates to their niche in the center. 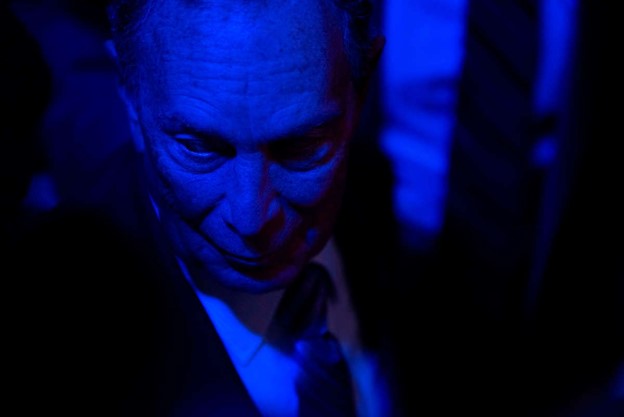 Trump and Barr’s Fake Feud — Attorney General William Barr told ABC News this month that President Trump’s tweets about the Roger Stone case made his job “impossible.” But the Justice Department denied rumors that Barr had consequently considered resigning, reports The Progressive. People close to Trump are allegedly speculating that Barr’s grumbles of resignation are in attempt to placate the Department of Justice and bolster his own reputation. The two are like-minded in seeking executive supremacy in the model of unitary executive theory. At its extreme, unitarianism says, in Nixon’s words, “if the President does it, it is not illegal.” 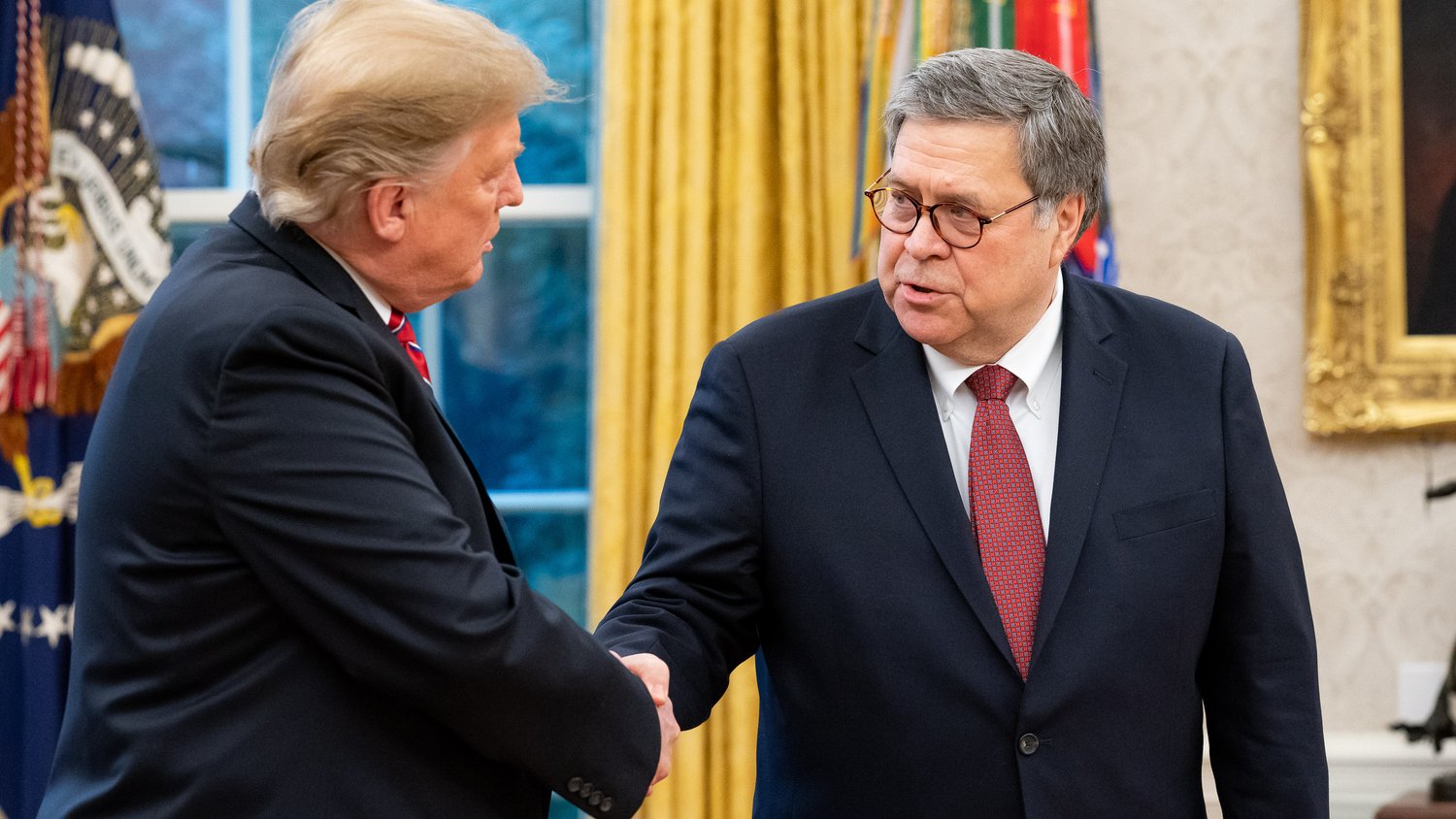 Stifling Greenwald and Assange — Earlier this month, a Brazilian judge stopped the prosecution of The Intercept journalist Glenn Greenwald under Brazil’s hacking laws. The case against Greenwald was apparently modeled on the indictment of Wikileaks founder Julian Assange, under U.S. hacking laws, reports Columbia Journalism Review. Both cases are flimsy, rooted in the 2001 Supreme Court case Bartnicki v. Vopper, which ruled that if stolen documents are delivered to journalists, they can be published, as long as the journalist was uninvolved with the theft. With these cases, the U.S. and Brazil are trying to stifle the interaction between journalist and source, using anti-hacking laws to confuse public courts with vague laws.

Judge Sides with Migrants Suing Border Patrol — U.S. District Court Judge David C. Bury on Wednesday ordered the Tuscon sector of U.S. Customs and Border Protection to provide improved conditions for detained migrants. This order makes permanent Bury’s 2016 injunction, requiring the agency to offer “clean mats and thin blankets to migrants held for longer than 12 hours and to allow them to clean themselves,” Colorines says, covering Time. Bury also ruled that the Tucson Sector can no longer detain migrants for more than 48 hours after they’ve been fully processed and cannot put migrants in bathrooms to sleep. 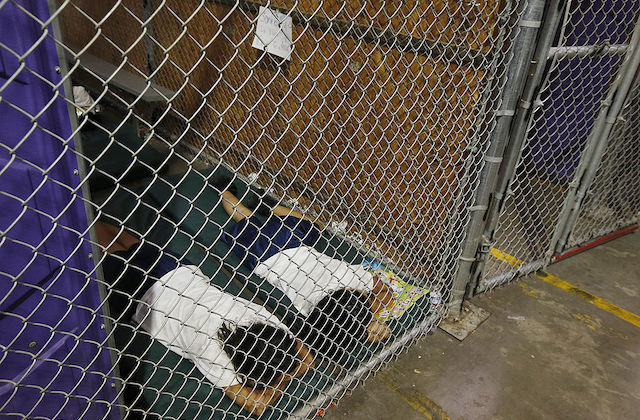 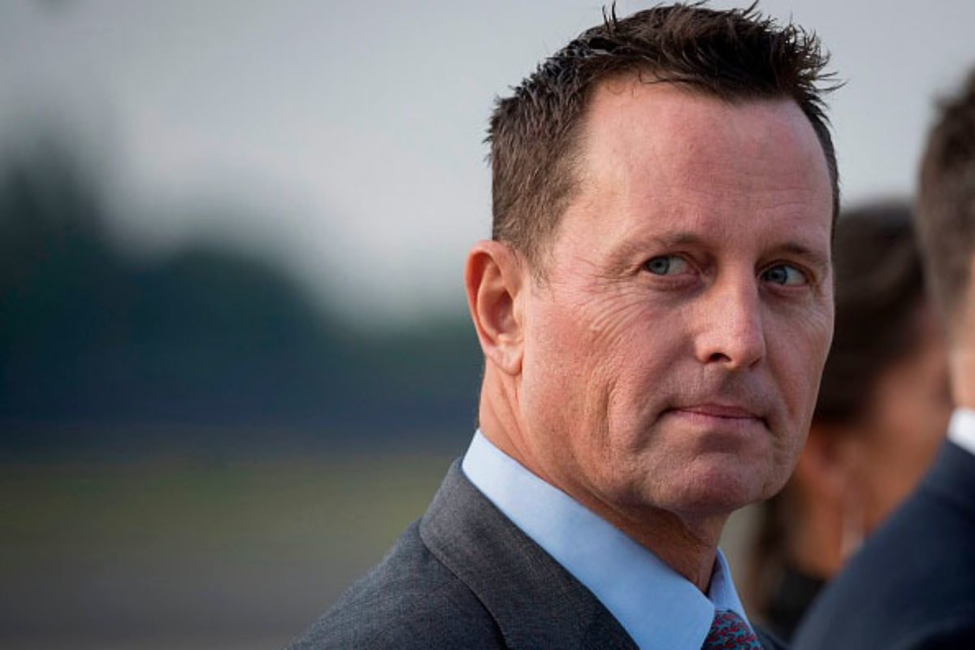 Congressional Democrats Against Booming Plastics — Shell Polymers is constructing the first of a few plastics manufacturing plants outside Pittsburgh located above a natural gas field that produces massive amounts of ethane, which is a gas used in plastics production. The sites would be connected by an expanding network of natural gas wells, funded in part by $1.9 billion in Trump administration loan guarantees. As industry and local authorities count thousands of new jobs and millions in tax revenues, scientists warn of pollution-related deaths, and environmentalists foresee a plastics climate bomb. Congressional Democrats are proposing a three-year prohibition of all plastics plant construction nationwide, reports InsideClimate News. 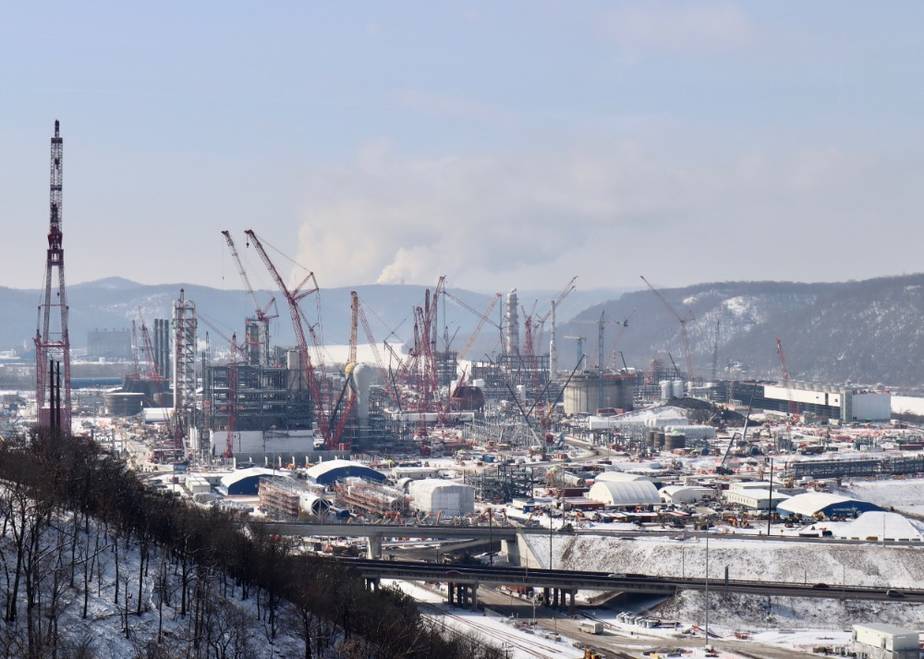 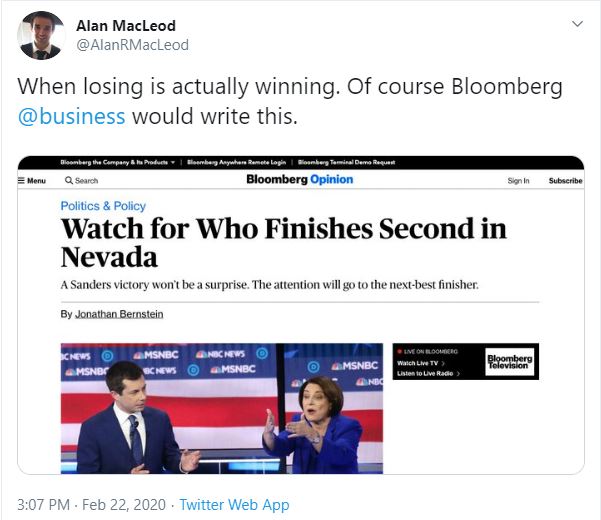 The Fate of the Planet: Dethroning the World Bank — A massive youth-led climate protest is scheduled internationally this April, on the 50th anniversary of Earth Day. Activists are calling for a global Green New Deal, including a systematic overhaul of the global economy to work for all, not just the wealthy. This international solidarity recalls the anti-globalization movement of 20 years ago, which protested the devastation from globalization and “free trade” imposed by multi-lateral institutions like the World Bank. Massive social mobilization has redirected to opposing wars and white supremacy under Donald Trump, but as the climate crisis escalates, an opportunity arises to revitalize international solidarity to promote ecological sustainability, reparative justice, and the common good, reports In These Times. 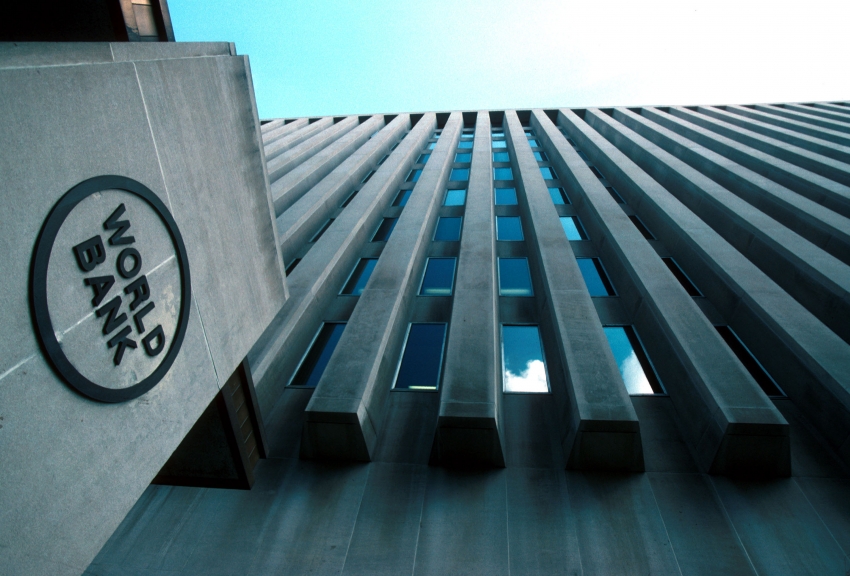 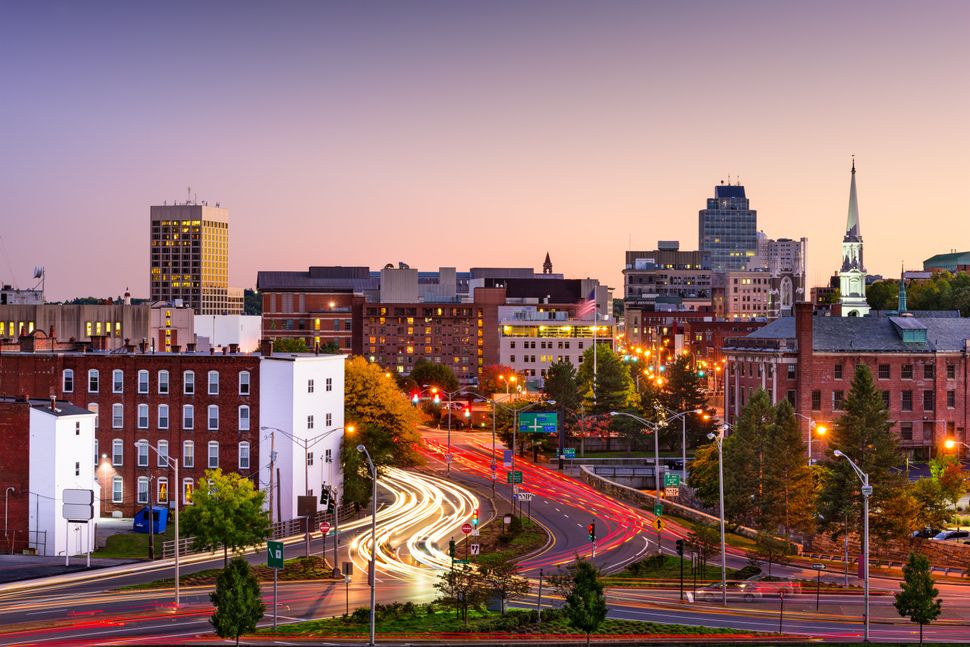